The Basement Waterproofing Leader since 1947 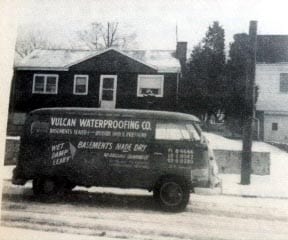 The History of Basement Waterproofing

Decades ago, in cooler climates, there was a need to house large coal and wood fired heating plants. This was done in the space below the house, which we now call the basement. It was the smart place to put it because, as we know, hot air rises and the heating plants could be more efficient if placed below the space to be heated.

It was also a filthy, dirty, dusty, ash-laden mess and keeping it out of the living area was important. In time the heating plants shrank and were replaced by much smaller electric, propane and gas fired units. As a result, this large, dank cavity below the house could now be used to store things. In fact, the area that was once uninhabitable was eventually being considered as possible living space.

At this time, the founding fathers of Vulcan were in the home improvement business and were often called on to renovate this space and make it livable. The request was easy enough to accomplish but later, after heavy rains, there was water on the floor. This was something that no one noticed or cared about when it was filled with coal and ash. The first attempts to stop the water were done by trying to raise the ground around the walls that were leaking. After several renovations with the same results there came a realization that there was a genuine need for a business to specialize in keeping water out of basements. This was the birth of the basement waterproofing industry and Vulcan Basement Waterproofing, as we know it today.
We’re not just in the basement waterproofing business… We invented it
not just a slogan, it is a Fact
The first attempts at keeping water out of basements were done assuming all the water came from the walls. Since we knew that raising the ground around the house didn’t always work, we tried digging up around the house and applying tar or pitch to the walls. That didn’t always work either. The next attempt was to try to patch existing cracks from the inside as well as the excavation from the outside. That didn’t always work either. The military had a substance they used to seal underground tanks and since we were the only company specializing in water in basements, they asked us to try it. It was a slurry solution that when applied around the basement walls at set intervals, was to expand and seal the wall to prevent water penetration. It seemed like the perfect solution to our customer’s biggest complaints… no digging, no damage to lawns, shrubs, driveways, etc. We developed a pressure pumping process and patented it. The solution was so well received that others approached us for permission to use the process as well. Soon there were over 80 franchises in the U.S., Canada and even England. When applied in perfect soil conditions the process seemed to work to keep the water from coming through the treated walls but it didn’t always work. In clay soil the substance expanded and cracked walls or pushed in blocks. In sandy soil the substance expanded away from the walls and did not seal out the water as expected. Even when the walls were sealed perfectly there was often water on the floor. 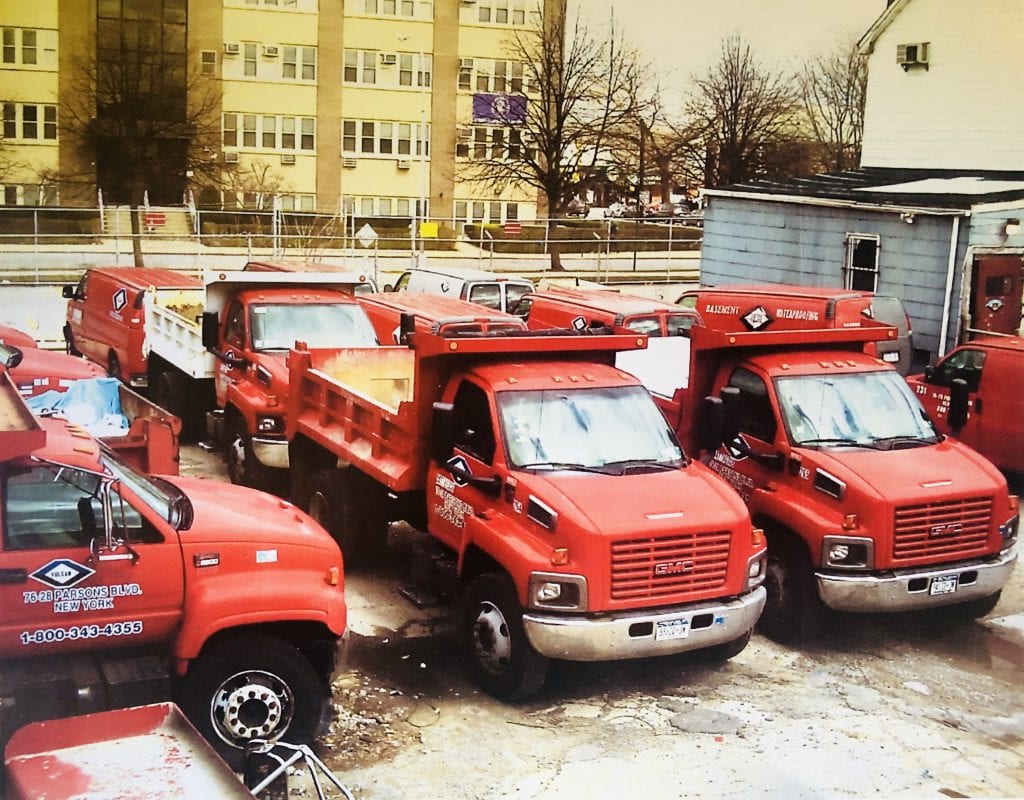 Our chemists and engineers created cements and epoxies to seal the area where the wall and floor meet but it didn’t always work. Next, channels were created on the floor along the walls to direct the water to a collection pit or dry well. When it was realized that a dry well was not the solution, pumps were placed in the wells to remove the water that was directed there. Floors and walls continued to crack and leak. It was determined that the problem was not just water it was water “pressure”. We decided to try cutting and trenching the floor next to the wall to give the water a place to run and not exert pressure on the floor. Now we were on to something. From this point we continued to improve and polish the concepts of relieving the pressure from the foundation.

Our vast experience and knowledge has enabled us to design the most efficient and effective redirection of water through the use of the proper size, type and depth of pipes and the proper size, type and placement of stone to obtain maximum drainage. As we progressed we gained other valuable knowledge that we have used to develop our state-of-the-art installation techniques and customer service practices that have produced over 500,000 installations in the past 60+ years.

Today, Vulcan Basement Waterproofing remains the nation’s oldest, largest and most experienced basement waterproofing company. As the nationally acclaimed leader in our field, Vulcan continues to look for new and better ways to help our customers get their basement water problems under control.

Seasoned Experience and glowing Testimonials are Your Assurance of a Job Well Done.

Most Basements Can be Waterproofed at Any Time.

When You Do Business with Vulcan, It’s Vulcan Who Does The Work!